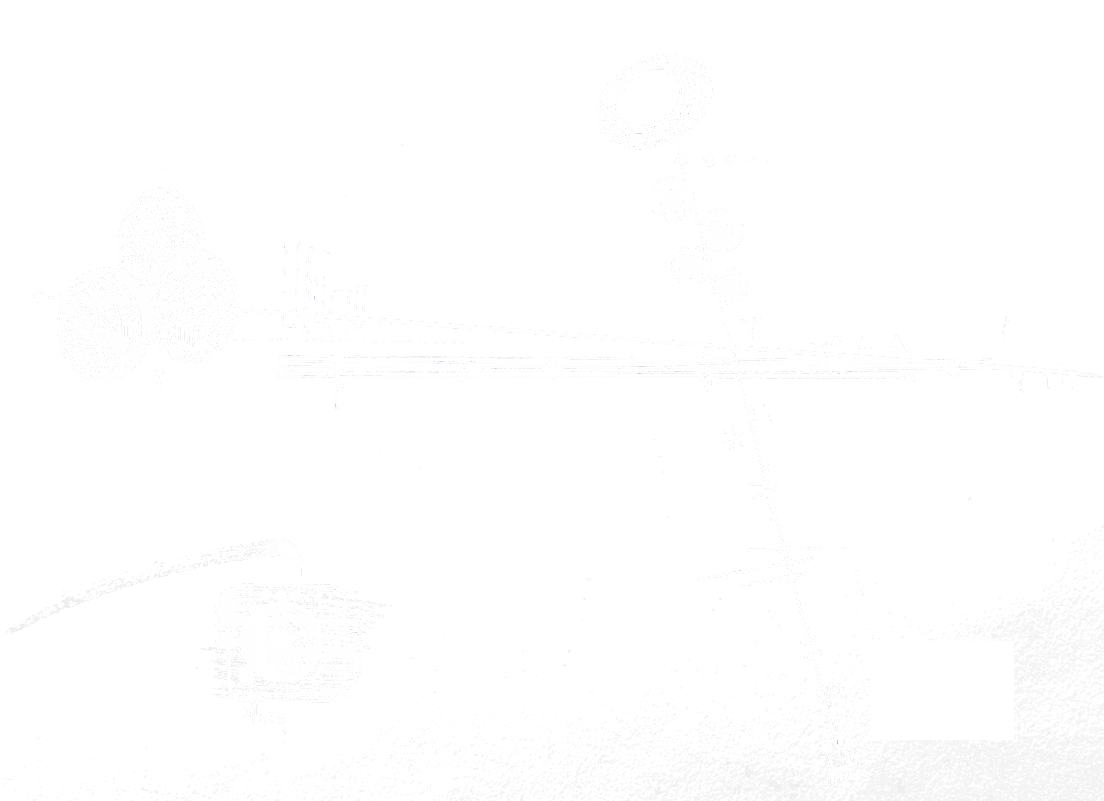 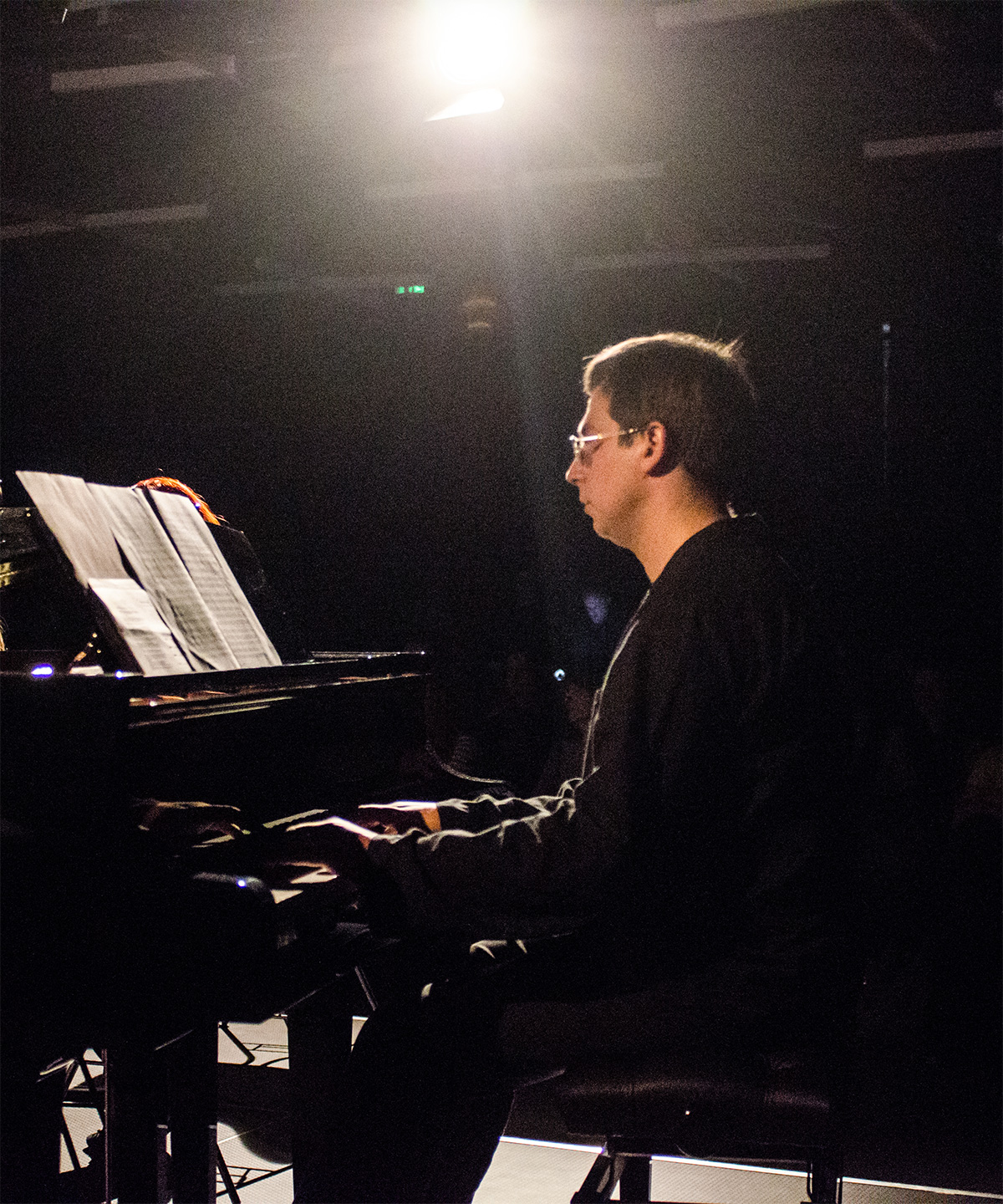 He studied the piano in Bratislava (Primary Art School under Milica Kailingov , Academy of Performing Arts under Daniela Varínska) and in Ghent (Royal Conservatory, under Daan Vandewalle), as a scholarship holder in the USA (Tanglewood Music Center), in Canada (Banff Centre for the Arts) and in Germany (Ferienkurse für Neue Musik Darmstadt). He devotes himself to the performance of classical and contemporary music, ensemble and solo playing and the musical reinterpretation of artworks. He enjoys working with other musicians, with whom he forms various groups: Cluster ensemble, Ensemble Ricercata or Prague Modern. He helps shape alternative “educational institutions”: the student project VENI ACADEMY or the SoundOrchestra series of children’s workshops, aimed at improvisation, graphic notation and experimental music. He actively cooperates with contemporary Slovak and foreign composers. He worked at the Department of Music Education of the Faculty of Education of Comenius University as a teacher and head of department. He is the author of many music projects, an organiser of festivals and concert cycles. He is president of the Slovak section of the International Society for Contemporary Music (ISCM), with which he prepared the musical event of 2013 – ISCM World New Music Days – which received an award at the Radio_Head Awards 2014. In 2016, he became art director of the SUPERAR Slovakia education project which works in cooperation with the Vienna Boys’ Choir and the Konzerthaus Wien. He has received several awards and nominations for his artistic work. In 2016 and 2018,the Cluster ensemble was nominated for the Tatra Banka Foundation prize for the album “Cluster ensemble Plays Philip Glass”, for the Krištáľové kridlo [Crystal wing] prize in the category of music, and for the Radio_Head Award in the category of recording of the year – classical music. In 2018, he published his debut solo CD FIFTY which is a unique collection of over 20 compositions by contemporary composers www.ivansiller.com

Ivan began to devote himself fully to music at the age of 14. He completed the first part of his studies at the Ľ. Rajter Primary Art School under Milica Kailingová, taking private lessons with Daniel Buranovský. In 1996, he won a place at the Academy of Performing Arts in Bratislava, studying under Daniela Varínska. He also left to study at the Royal Conservatory of Ghent (Belgium). There he studied the piano under Daan Vandenwalle, conducting under Wim Belaen, ancient music and the harpsichord under John Whitelaw and later, at the Orpheus Institute, chamber music under Jan Michiels. He completed his studies at the Royal Conservatory in 2004 as one of its top graduates. From 2006 to 2009, he was a doctoral student at the Academy of Performing Arts in Bratislava.

From 1995 to 1998, he took part in the International Performance Courses in Piešťany (Marián Lapšanský, Peter Toperczer and Eugen Indjić). In 2004, he won a bursary for the Internationale Ferienkurse für Neue Musik Darmstadt, Germany (Kaya Haan, Nicolas Hodges a Uli Wiget), and in 2005 he obtained a prestigious Tanglewood Music Center scholarship in the USA (piano – Emanuel Ax, Joseph Kalichstein, Claude Frank; chamber music – Joseph Silverstein, Pamela Frank, Ursula Oppens and Timothy Genis). In 2007, he received a bursary from the Banff Centre for the Arts in Canada.

As a student, he took part in several competitions. He was the winner of a Slovak competition for chamber ensembles (piano duet with Lenka Bálintová); he won first place at the Pál Kadosa competition in Levice and the prize for best piano accompaniment at the European Music Competition for Youth in Hamburg (soprano – Adriana Kučerová). He participated in the International Piano Competition in Dublin, where he caught the jury’s attention with his dramaturgy and performance of Ravel’s sonatas.

He has performed concerts in various European countries, mainly in Belgium, the Netherlands, Germany, the Czech Republic and the USA.

In 2001, he helped with the production in Luxembourg of the Slovak opera by Ľubomír Burgr and Martin Burlas “Face by face”. He worked with the theatre ensembles Walpurgis (Antwerp) and Wederzijds (Amsterdam), with whom he presented a new production about the life and music of Charles Ives in the 2002/2003 season.

Alongside his many concerts, Ivan Šiller is the initiator and organiser of a wide range of various musical and educational projects. As a student at the Academy of Performing Arts in Bratislava, he helped found the Orfeus student festival; during his studies at the Royal Conservatory in Ghent, he produced the Chamber Music Festival and the Evening of Slovak Music. His projects Stretnutia[Meetings] (Levice, Bratislava) and the Chamber concerts cycle (Watou, Belgium) combined music and the spoken word, thus giving spectators the opportunity to deepen their relationship with classical music.

In collaboration with Milica Kailingová, he created the project of creative workshops and concerts for children and young people “Music from (exactly) the last century” and “Encounters with music”. As part of the Convergences chamber festival, he introduced concerts for children. He founded and was the artistic director of the SPACE festival, which focused on presenting 20th and 21st century music.

In 2006, he initiated the creation of a cycle of chamber concerts in the Nitra Gallery and in the Ernest Zmeták Art Gallery in Nové Zámky; since 2009, he has worked with the Stanica Žilina-Záriečie ie organisation. In 2008, he prepared a festival aimed at presenting a period instrument dating from 1815: the Hammerklavier festival, which continued successfully in the following years. He also prepared the chamber festival “ Schubertiady”. With Enikő Ginzery, he organised the Tokaj Art Summer Music Courses in eastern Slovakia, where he also gave piano lessons.

In 2006, in cooperation with the Nitra Gallery, he created a happening using Erik Satie’s music, called Vexations. In 2009, he gave the Slovak premiere of Steve Reich’s composition “Six Pianos”, together with students of the Academy of Performing Arts, and prepared further concerts featuring this unusual line-up.

Ivan Šiller has also profiled himself as a conductor. For several years, he led the youth choir Eben Ezer, with whom he gave several concerts in Slovakia and abroad. He played and produced a concert version of W. A. Mozart’s Requiem. He was the conductor of the children’s choir Kvapôčky. At the end of his work there, he recorded the CD “Prší, či neprší.”

He works intensively to ensure the continuity of the above-mentioned projects, and is preparing further recitals and chamber performances of works by Schubert, Janáček, Brahms, Ravel, Ives, Reich, Glass and other composers.

In 2016, with the Cluster ensemble, he published the debut album “Cluster ensemble Plays Philip Glass”, for which he received an excellent review from the British newspaper The Guardian, and the American The Pitchfork. In 2016, the Ensemble Ricercata, of which Ivan iller is the artistic director, also released its debut album. The album features solo and chamber work by Slovak composers.

In 2016, the Ensemble Ricercata, of which Ivan Šiller is the artistic director, also released its debut album. The album features solo and chamber work by Slovak composers.

He has received several awards and nominations for his artistic work:  Radio_Head Award 2013 and 2016, Prize of the Ministry of Education of the Slovak Republic for his work in education, Letter of thanks from the Dean Faculty of Education of Comenius University in Bratislava for his contribution to teaching, EMCY Singing Competition in Hamburg and Dublin for best piano accompaniment 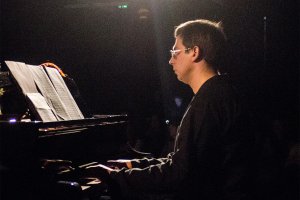 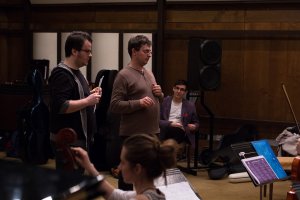 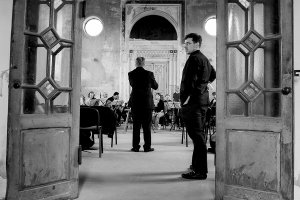 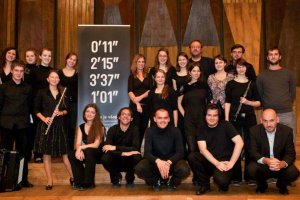 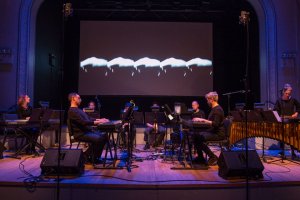 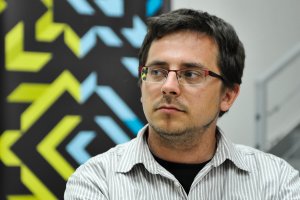 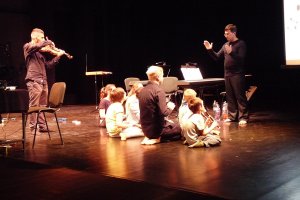 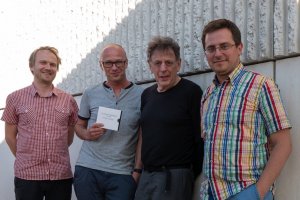 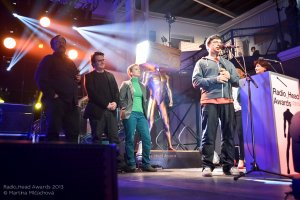 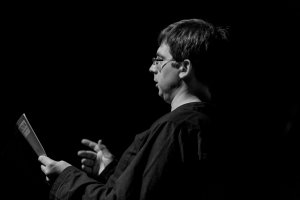